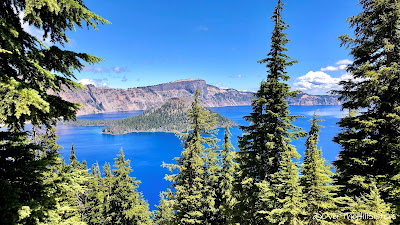 I'll share some interesting facts about this extraordinary natural wonder. It is the deepest lake in the United States (ninth deepest in the world) at 1,943 feet. It is fed strictly by rain and snow and is considered to be the cleanest large body of water in the world. The eruption of the 12,000-foot Mount Mazama about 7,700 years ago and its subsequent collapse formed the caldera which holds Crater Lake. The cinder cone, Wizard Island, was formed after other eruptions and is located in the southwest area of the lake. Rim Drive is the 33-mile road that encircles Crater Lake. Margaret and I started the drive on the west side and drove clockwise around the lake. Below are just a few of the photographs we took and a short movie I put together with videos, stills, and music. It took us about four hours to complete the drive (we got out at nearly every overlook), but there aren't sufficient words to describe the beauty of this lake and park. I think Rim Drive had only been clear of snow for about a week before our visit. 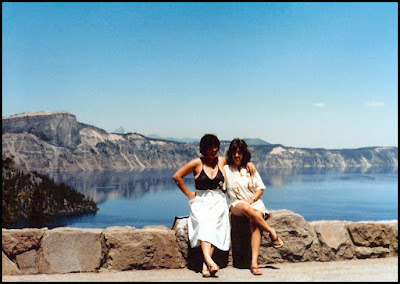 We hope you enjoy the images and movie. You can see the rest of them in our Oregon Album on Flickr. By the way, the lake is really that deep color blue without enhancements. 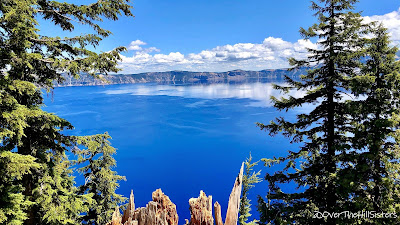 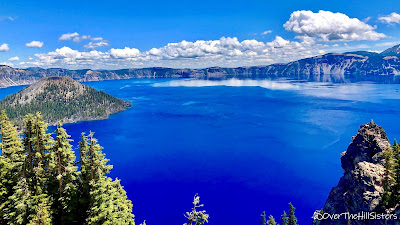 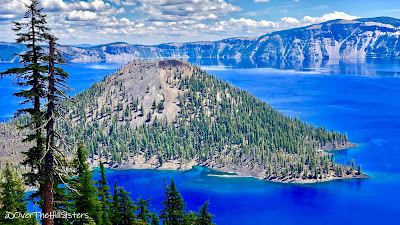 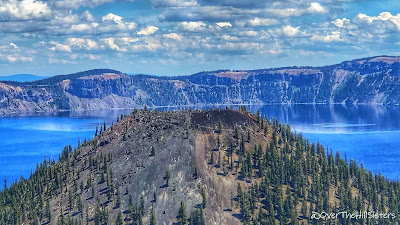 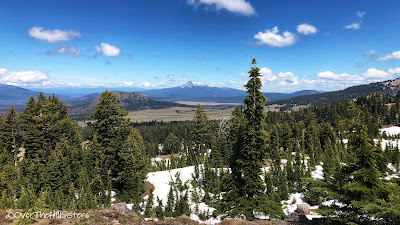 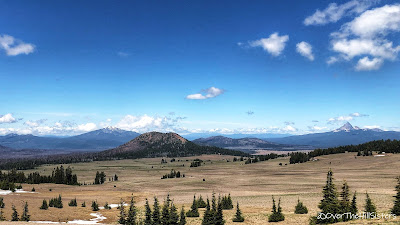 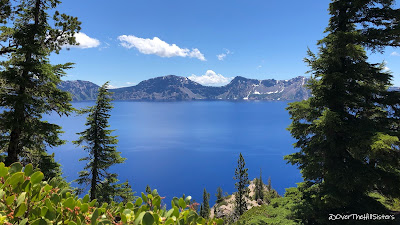 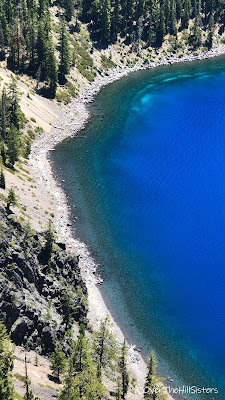 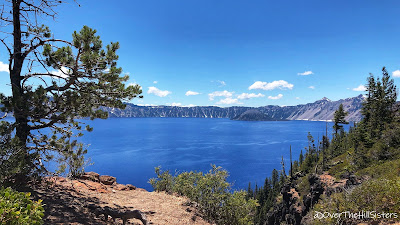 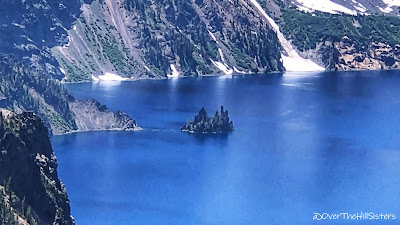 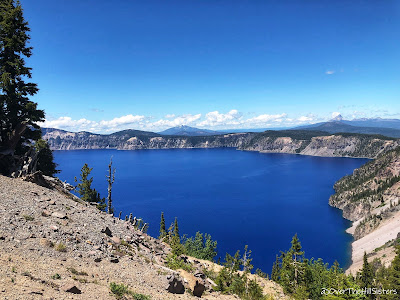 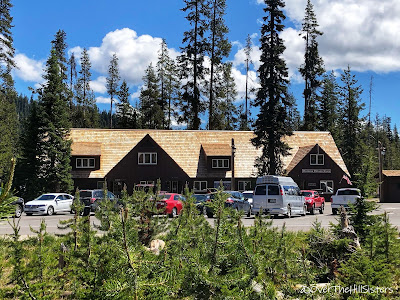 Mazama Village Store. Photo by Virginia.
An employee at the Mazama Village Store told us about a place we could park overnight that was just outside of the park. We ended up staying at Annie Creek Sno-Park for two nights (for free!). It was a paved, level parking lot with Annie Creek nearby. A few other campers stayed each night, and we were all a quiet bunch. Margaret, Peaches, and I took short walks and read (except for Peaches!). I made tacos for dinner and then put together the movie above and one other. We left on 15 Jul 2019 for a day of big city errands in preparation for our next sightseeing and camping adventure. Thank you for reading!

NOTE: Clicking on the photos in the post will open them in a larger view (recommended!). If you want to see more photos of the beautiful places we've shared, we have them in this Flickr Collection: Over the Hill Sisters Photo Collection.
By Virginia Hill at 6:03 PM

Oh my, this is absolutely beautiful. I hope I get to visit Crater Lake one day. I enjoyed your newest posts! Love you both!


I’m so glad you’re enjoying our posts, Cyn. You really should try to visit Crater Lake someday, hopefully on a beautiful clear day like we had. Maybe you could rent an RV to go there? The campground does’t seem very special to me, though. It is popular and crowded and expensive (to me). They are also far from the lake, which can’t be seen from there. I was actually glad to learn of Annie Creek Sno-Park. I much preferred to camp there a couple nights (for free) than the crowded campground. <3